WESTMINSTER, Colo. — From the very beginning, Patrick Tennyson, Butterfly Pavilion’s president and CEO, knew he wanted to work with animals. As early as the first grade, when asked what he wanted to be when he grew up, he’d answer: “zookeeper.” How did people respond?

“It was it was definitely an eyebrow raiser,” Tennyson says. “Most people would say: ‘Oh, wow. That’s… different.'”

Butterfly Pavilion, located in Westminster, Colorado, is an invertebrate zoo known for its more than 1,600 butterflies that live inside a rainforest exhibit. Visitors can meander inside the exhibit as butterflies flit about, sometimes landing on a visitor’s hand, or arm.

According to its 2016 annual report, the zoo has welcomed more than 5 million visitors since its founding in 1995. They import more than 40,000 butterflies and moths each year from multiple countries across the world, including Kenya, Costa Rica, the Philippines, Surinam, Ecuador, and more.

Originally from Montana, Tennyson moved to Colorado with his family at the end of the fifth grade, in 1975. Unlike some people, his parents had always encouraged him in his dream of running a zoo someday.

“They were super excited,” Tennyson says. “They were always very supportive. The first thing we did when we moved to Colorado was go to the Denver Zoo.”

He graduated from Metropolitan State University of Denver in 1995 with a Bachelor of Science in Biology with an emphasis in Zoology. One of the hardest parts of being a biology major meant he had to take a lot of chemistry.

“I sucked at it,” he says. “I’m not much for math.” But he loved his zoology classes. “I took several: herpetology, ornithology, avian behavior and things like that.”

His favorite classes involved one-on-one time outdoors with the late Dr. Robert Cohen, then a Biology Professor at MSU. They would spend one full day each week one-on-one studying migratory patterns of tree swallows, banding baby birds, and monitoring nest boxes for successes and failures in hatching. “It was a great experience,” he recalls. 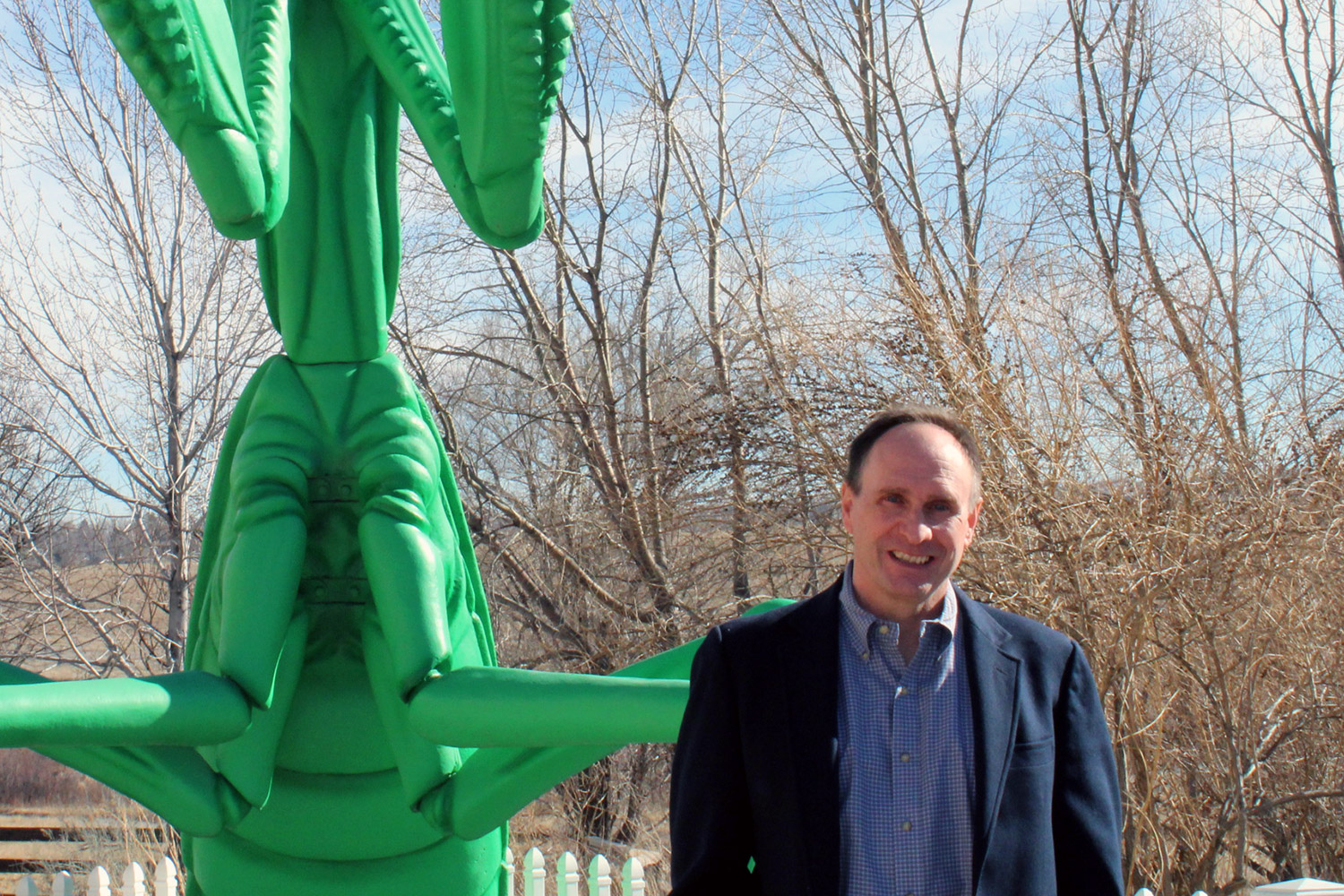 One thing he learned after graduating was the uphill battle that biology students face if they want a career in zookeeping.

“The trajectory for a zoology student is a difficult one, because zoo jobs are hard to come by, and it’s hard to get a foot in the door. You have to do a lot of part-time work and volunteer work-a lot of internships to get the experience that qualifies you to land your first job.”

His own first job after college gave him experience but was less than satisfying. Working as an intern for The Nature Conservatory, he was part of a team studying wildlife occurrences in Washington’s Columbia River Basin. His task was to add the number of species occurrences to a database. “It was really not my cup of tea. But it was a job, and it was important,” he says.

When the project was completed and he gave a presentation on his findings, a man came up to him afterward and encouraged him to consider becoming an educator or communicator because he was such a natural speaker. The man who made those pivotal comments turned out to be Will Murray, the Nature Conservatory’s Regional Director of Conservation Programs.

Murray noted that Tennyson’s first job was crucial in laying the foundation for what he does today.

“With his data entry stuff, it was important… he wasn’t just a drone. Nothing is too small for him if it’s necessary. No task was beneath him,” Murray said.

Tennyson has indeed grown beyond the role of an intern sharing simple data findings, and now runs an organization with 80 staff members, and has over $5 million in assets and nearly $4 million in annual revenue.

And what does a day in the life of an invertebrate zookeeper look like? “There’s never a dull moment,” he says. One particularly challenging moment came in the mid-2000s when a hailstorm shattered almost a dozen glass panes on the greenhouse where the butterflies are housed.

“The good news is the safety net held and no butterflies escaped,” Tennyson says. “But we had to stop flying butterflies for several weeks.”

While not being able to showcase butterflies was certainly a disappointment, the zoo actually has quite a bit more to see than just their namesake butterflies. The 30,000 square foot facility also displays praying mantises, scorpions, honeybees, rhinoceros beetles, sea stars, and more. For example, the zoo’s most famous resident and “ambassador creature,” Rosie, is a rose hair tarantula, which can be held by visitors.

This concept of not just seeing but being able to interact with animals is very intentional, Tennyson says. The goal is to make people start caring about nature.

“The whole strategy is to help alleviate the fears and misunderstandings about the animals. To touch, to feel, to hold… it’s easy to make a connection to the animal.”

As far as butterflies go, Tennyson’s personal favorite is the paper kite. “It’s a white and black butterfly that has the same markings as a monarch. It’s big, so when it when it flutters it almost looks like a kite floating in the air; that’s where it gets its name. It’s a gorgeous butterfly.”

Even people who are not particularly excited about arthropods should still appreciate the contribution they make to our daily lives. For folks who are squeamish about invertebrates, Tennyson likes to remind them: “You know, two-thirds of the food you prepare every day [exists] because it’s pollinated by insects.” In addition, he says there are over 1.6 million invertebrates that have been identified, and perhaps several million more that haven’t yet. “They really control and run the world that we live in.” 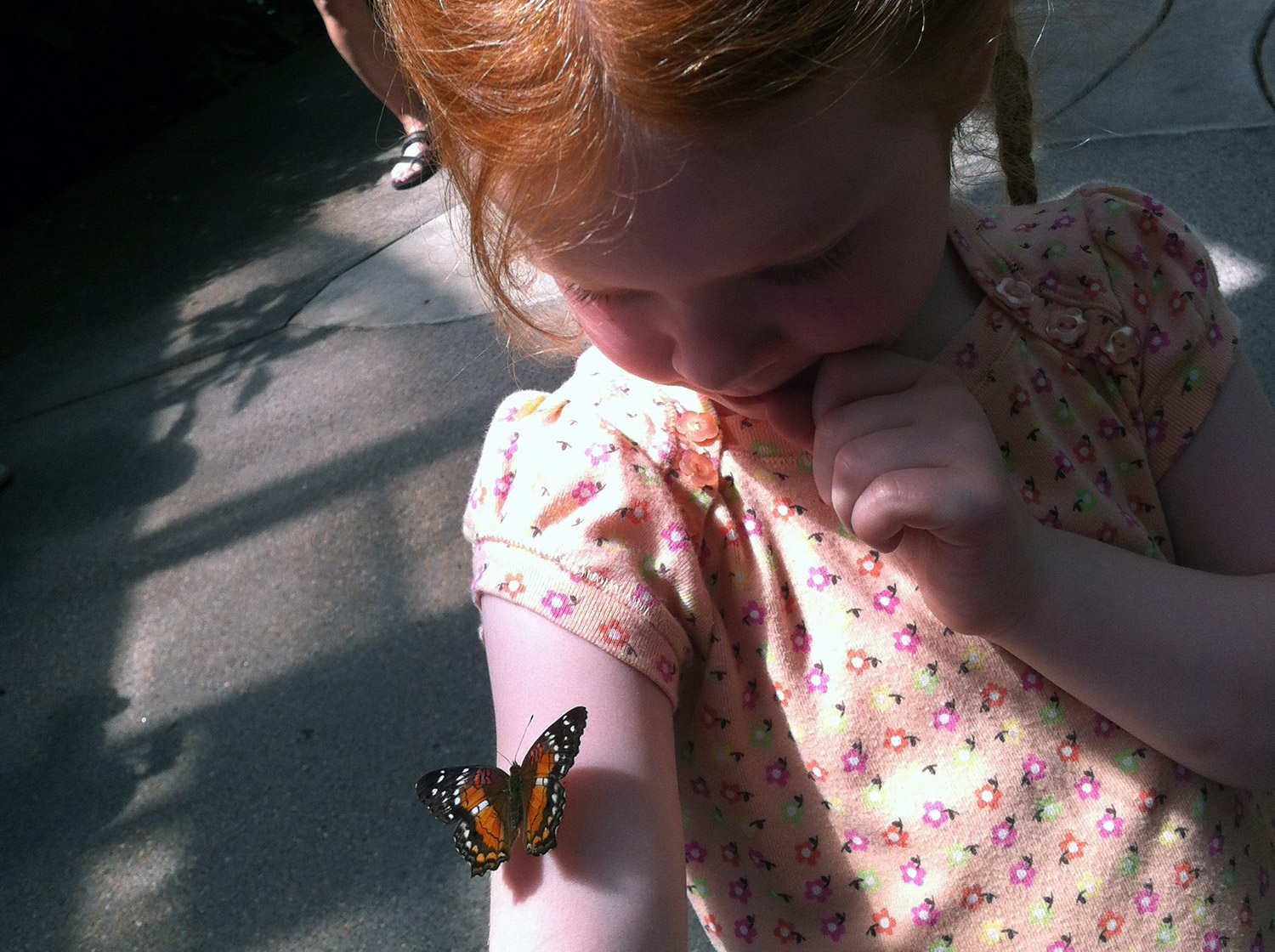 Mindy Wagner, Butterfly Pavilion’s interpretation coordinator, says Tennyson’s biggest strength as CEO is that “He’s definitely known for being more of a hands-on CEO, getting his hands dirty out in the field with us. Also, I think a lot of CEOs say they have an open-door policy and that they’re available, but Patrick really does have an open door, and he really is available to us.”

Will Murray, commenting on having watched Tennyson’s career change over the past twenty years, shares similarly kind words: “In his career path he’s stepped up to harder and harder jobs, and now he’s going to lead a capital campaign that’s going to raise something like 30 million dollars.”

“The alumni and faculty and staff [of Metro State University] should be very proud.”